Having spent the second half of last year standing at two temporary standing desks and making the decision to stand permanently, the move into a new office at the end of 2012 has allowed me to acquire a permanent standing desk, custom designed and made.

In the interim between moving offices and the new desk being installed, I had returned to sitting down as I did not want to clutter our awesome new office with an unsightly beech coffee table seated on our white desks.

This meant that I spent a couple of weeks before Christmas (and a few afterwards) back sat down in my office chair again. This was beneficial because it allowed me to re-evaluate the benefits I have experienced from standing up.

I definitely feel that I have more energy and have less dips in concentration throughout the day whilst standing, I also feel healthier in general. 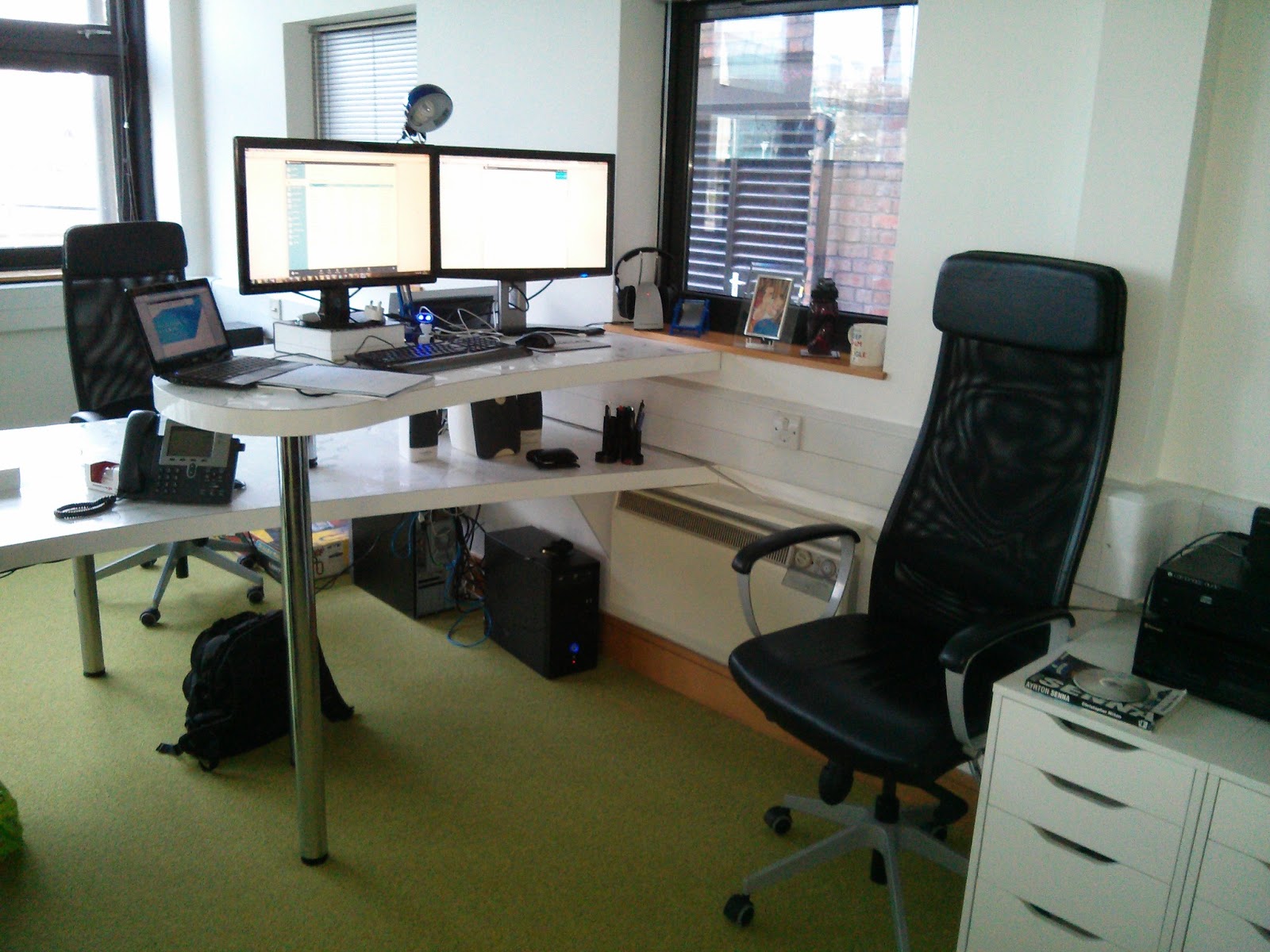 So there it is, the final version. This is excellent for me as it gives me a large storage area underneath the top part for my speakers and phone. Secondly, as it's slightly further forward than the section of the desk beneath it doesn't overpower or block the other side of the desk behind when someone else is sitting there.

The extra space on the left hand side is a real positive as well because of the ability to put a laptop or my paper notebook on.

I'm so pleased with this setup that I entered it into a competition run by Windows Azure on Twitter to show off your Azure development environment. The desk is so good that I was one of the lucky winners. This means that I'll be receiving some Azure swag in the near future!

The following features/changes have been made to the version 4.2 release of Indico: Application memory usage has…

Whilst I was setting a new web server instance on Windows Azure, I needed to find a way to…