At work, I sit. All day. In the evening, I sit on the sofa and watch TV. For me, that adds up to a lot of time spent sitting down.

It’s been that way for the couple of years that I’ve worked here. Then one night, I watched BBC’s Horizon programme with Dr Michael Mosley, called The Truth About Exercise and all of a sudden I realised that I needed to stop sitting down so much.

Fast forward a couple of months and I’ve finally managed to do something about it. During the intervening time I’ve been searching all over the Internet for information and resources about standing up at work. There were a couple of really useful resources that I found, but the main one that sticks in my mind is Steve Jones’, series of posts, starting with this post. Reading that article and inspired by the prototype nature of Steve’s first standing desk, I set about assembling my own prototype here in the We Predict office. 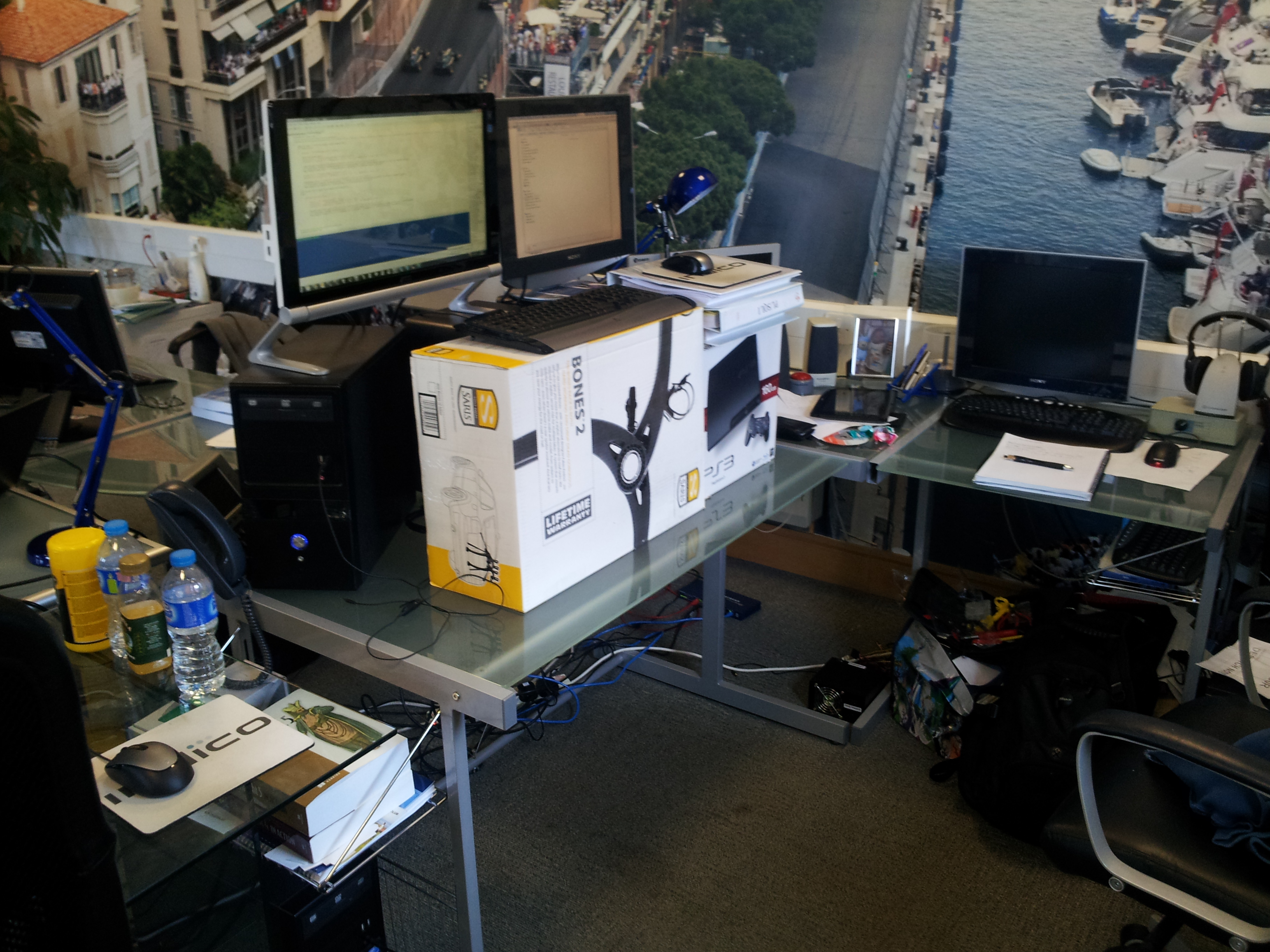 As you can see from the photo, it’s pretty basic, but as a temporary prototype for experimenting with using a standing desk it works well for me. Ideally, the monitors could do with being a little higher to bring them up to eye level, but they are perfectly usable where they are. The only other real downside to this current setup is the lack of strength in the box under the keyboard as this is slowly beginning to collapse under the stress of my arms resting on it.

For this to be viable as a more permanent option, I also think that I need a full surface at keyboard height, for leaning against and to be able to write on, as it’s a little annoying to have bend or sit down to desk height to jot something down in my notebook. As for the benefits, I think that I can feel them already, for the first week or so, my legs would be aching by the end of my working day, but since then, my body has adapted and I definitely feel a lot more energetic than I did when I spent all day sitting.

I’ve got a few ideas for improving the current setup and I’ll write about these as and when I get round to implementing them.

We Predict Innovation in the News

This post was written by Ben Clark. It’s always fun to be in the news! This week we’…

This post was written by Ben Clark. We do things a little differently At We Predict we don’t…