Yesterday we attempted to deploy an ASP.Net website containing a Silverlight application and a set of WCF RIA Services to a fresh install of Windows Server 2012.

This lead to several hours of increasing frustration at not being able to access the services, and so I thought I would write a short post on how we eventually solved the problem.

After finishing the install of Windows, we ran through the Add Roles Wizard to install IIS 8.0 and the supporting .NET Framework 4.5, we deployed our website and the calls to the RIA Services promptly failed.

Having checked what was happening with The Fiddler, all we were getting were 404 errors indicating the service was not present. This lead us to Tim Heuer’s blog post detailing techniques to diagnose RIA Service deployment errors. However, even this did not help us to solve the problem.

As a final roll of the dice, we found an answer on a StackOverflow question asking something similar to the issue we were suffering with. This suggested going back through the Add Roles and Features wizard and ensuring that within the .NET Framework feature, that all the items under the WCF Services branch were selected.

In our case, they were not and so we selected them as shown in the screenshot below: 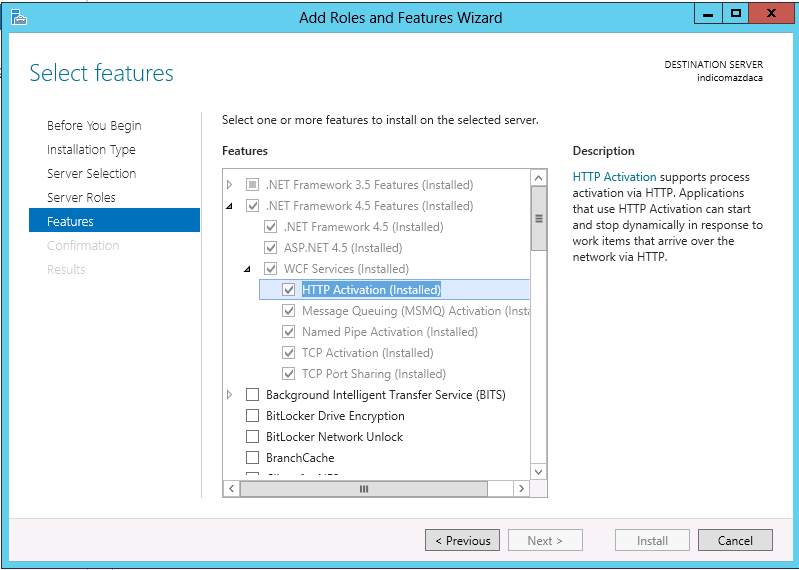 This solved our problem and coerced the services into working successfully.

Hopefully this post will save you the hours of frustration that we experienced, stuck with this issue.

Clone Windows Azure Virtual Machine – Unable To Capture Image:“Endpoint Not found: There was no endpoint listening at…” Workaround